For 2020, California employers with at least 26 employees will pay minimum wages of $13/hour, and employers of 25 or fewer will pay $12/hour. These hourly rates will increase annually by $1/hour until all employers are paying $15/hour in 2023. 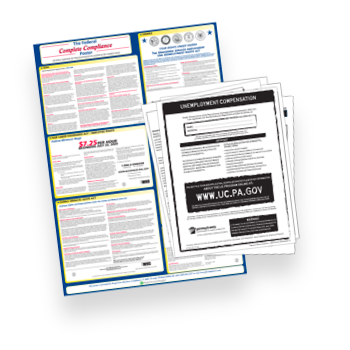 California has a long history of trendsetting labor laws at the state level:

California allows its cities and counties to set their own minimum wage laws as long as they do not undermine state laws. However, while many cities have chosen to exercise that option, the law does not require a city to pass its own alternative minimum wage laws.

Los Angeles
The City of Los Angeles considers anyone who works at least two hours a week in the city to qualify for minimum wage under state or federal law. Like California, Los Angeles is raising its minimum wage to $15 per hour, but on a faster timetable.

Berkeley
On October 1, 2018, the City of Berkeley passed a minimum wage ordinance that put the statewide $15 per hour minimum wage rate into practice right away.

Effective July 1, 2019, that rate raised to $15.59 per hour. And, starting July 1, 2020, the wage will rise annually from the previous year's adjusted rate based on the Consumer Price Index.

Berkeley's statute applies to any employee who meets state or federal definitions of employee and who works at least two hours for an employer within the City of Berkeley during a week.

San Francisco
Like Berkely, San Francisco's minimum wage is $15.59 per hour. Starting July 1, 2020, this rate will increase from the previous year's rate based on adjustments following the Consumer Price Index so that the wage grows with the economy.

A small group of workers under 18 or over 55 who are in government-subsidized work or training programs are subject to a lower minimum wage of $13.79 per hour as of July 1, 2019.

Workers not otherwise subject to minimum wage laws under federal rules may be exempt from California minimum wage rules in some cases.

These workplace posters must be displayed where they are easily accessible to employees. They must address minimum wage requirements, payday rules, sick leave, unemployment rights, and a number of discrimination and harassment rules that include protections against wrongful termination.

Unlike most states, California does not allow tipped employees to be paid a lower base minimum wage.

Employers may not use tips received by the employee or a tip pool as credit toward the minimum wage amount. California does allow tip pooling for the purpose of distributing tips to employees.

However, who can be included in the tip pool is limited to those considered in the "chain of service."

Tips must be distributed in a way that is considered fair. Many employers use a method whereby distribution is based on the proportion of service each employee is expected to have provided to the customer, but California looks at every case individually when making a final determination of "fair" should a complaint be raised.

Not all funds left by the customer over the raw total are considered tips. For example, both federal and California law consider fees added to bills, such as "mandatory service charges," to be excluded from tips. The employer may keep these fees.

However, a 2014 change by the IRS may include some of those fees as wages to employees in certain cases. Also, while federal rules allow employers to reduce tips by the amount of credit card fees, California does not allow these reductions to tips.

Overtime pay is mandatory in California for all covered workers (there are some exceptions such as special rules for agricultural workers).

Standards govern how many hours in a week, hours in a day, and days in a week can be worked before overtime pay is required.

Nonexempt workers over 18, as well as those 16 or 17 years old not required to be in school or otherwise prohibited from work, must be paid overtime.

Employees on accepted alternative workweek schedules (a schedule that regularly requires more than 8 hours of work in a 24 hour period) may fall into exceptions or modifications to the standard California overtime rules.

For example, certain healthcare schedules that normally result in 10- to 12-hour days may not trigger normal overtime rules as long as double time is paid for hours worked over 12 in a day and time and a half is paid for hours over 40 in a workweek.

Full exceptions by industry and alternative schedule arrangements can be obtained from the California Department of Industrial Relations and include workers in categories such as camp counselors, personal attendants for nonprofit organizations, ambulance drivers, extras, minors, and sheepherders. Agriculture worker overtime pay is based on a separate set of regulations and do not all revolve around a 40 hour week, but is still subject to "statutory protections."

In addition to federal law requirements under the Fair Labor Standards Act (FLSA), California does set wage and hour limits and conditions on minors working.

In January 1985, California passed the Omnibus Child Labor Reform Act (AB 1900), which updated rules on minor employment. AB 1900 covers both citizens and non-citizens who are minors and have not either graduated high school or gotten an equivalency certificate.

For jobs and industries deemed suitable for minor employees, minors must get a permit to work for the specific employer before work begins. The permit must be renewed annually.

Minor pay is subject to normal minimum wage and overtime rules in California. Further, minors who have graduated high school (or obtained the equivalent certificate), or minors working certain late-night hours, must be paid as though they were an adult. Further, covered minors must be paid time and a half for all hours worked on a sixth consecutive workday.

There are special rules surrounding minors in the entertainment industry, including lower age workers. One of these additional requirements is sexual harassment prevention training and notification.

California requires employers to keep certain records of when their employees work in addition to the federal FLSA, Equal Pay Act, and other federal law rules.

Start and stop times should be recorded for hourly nonexempt workers, along with mealtime starts and stops.

There is a four-year statute of limitations in California on class action lawsuits over labor and wages, so four-year storage of these records may be a good idea. California requires pay stubs to be kept at least three years under Labor Code section 226. California further requires personnel records and personnel files to be kept (and confidential) for at least three years after the date of termination as part of Labor Code 1198.5 (effective January 1, 2013).

Updated to reflect information on the New Parent Leave Act (NPLA). The NPLA requires employers with 20 or more employees to provide eligible employees with up to 12 weeks of unpaid, job-protected leave for the birth, adoption, or foster care placement of a child.

The poster has been updated to reflect new training requirements. Employers with 5 or more employees and all public employers must provide training for all employees regarding the prevention of sexual harassment.

Information regarding filing a claim has been updated.

Is overtime mandatory in California?

California allows employers to require overtime work and is allowed to take disciplinary action if the worker refuses. However, employers may not penalize a worker for refusing to work a seventh consecutive workday in a workweek. Penalties for the employer may occur if they force or otherwise coerce an employee to give up a day of rest during the workweek.

Do you have to pay overtime for travel time in California?

Not all employee travel is compensatable, however. The general rule is that if the employer is in control of the travel, it is compensable as part of the work hours and counts toward overtime hour calculations.

Other examples of the types of travel might include travel to remote meetings, moving between client locations during the work shift, and even waiting for a company vehicle pickup where company vehicle travel is required.

How many hours can a minor work in California?

California has a set of regulations concerning how and when minors can work in the state.

Minors are further constrained by work rules set by the Fair Labor Standards Act (FLSA), which restricts types of jobs worked by age in addition to a general rule that workers should be at least 14 years old and sets limits on hours worked by those under 16 years of age.

California additionally sets limits on hours per day and what hours during the day can be worked for minors based on age and whether school is in session. These factors affect hours worked each day in addition to total hours worked during a week.

Are breaks required by law in California?

While the FLSA only requires breaks between five and 20 minutes, California also mandates more meal breaks and rest breaks than the FLSA, at least for nonexempt workers.

California requires that 10 minutes of paid rest break time be provided every four hours worked (or majority portion of four hours). California requires the breaks to be paid. Rest breaks must be separate from meal breaks, but workers are allowed to skip work breaks as long as they do so independently without influence from their managers.

California dictates an off clock minimum 30-minute meal break for employees working at least five hours in a day but allows workers to waive the meal break as long as they do not work more than six hours in a day.

Employees working at least 10 hours a day are entitled to a second meal break. The second break has to be allowed within that 10th hour but can be independently waived by the employee as long as they didn't waive their first meal break and won't be working more than 12 hours that day.

Employees can not work through any required meal breaks and must be allowed to leave the work premises during the breaks. 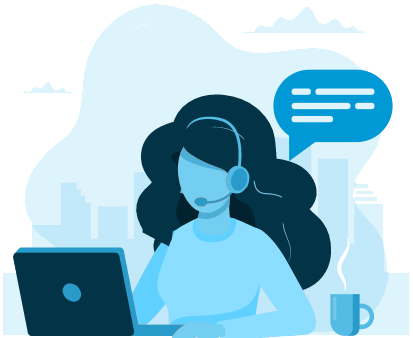 We want you to be completely satisfied with your purchase. If you need to return or exchange an item, please contact us within 30 days of receipt of your purchase so that we can help you. Items must be returned in new and unused condition with the original invoice. Return shipping costs will be at the customer’s expense. Please note our outbound shipping costs will be deducted from your return refund. Returns will be inspected prior to issuing a refund. In the event you wish to cancel your multi-year service you may be entitled to a prorated refund based on the dates of your contract.

Our Customer Service Representatives are happy to assist you with any return or exchange at (800) 226-2327.